People who like strategic, mystical puzzle games are for sure going to love the eyes of Ara 3d Puzzle Game. Which is available to download for Samsung Galaxy S10 Plus. In the eyes of era android game a vast ancient castle is waiting to be discovered.

The castle itself is filled with hidden rooms and secret walls. Undisclosed a mystery by bridging the scientific and the arcane, elaborate puzzles to get them solved and search and discover the lost treasures.

A withered castle stands on the abundant island alone and remote. People of town recalls the old stories of the eerie glow of ghostly lights seems like dancing in the fog, violent storms and restless dreams. Although it is another reality that for decades castle is abundant. But an unknown signal have just mysteriously started to begin in the recent times from there.

Source of this mysterious signal is said to be the empty big halls in the castle. Which means in the castle someone or something is awoken. To find the truth there is only one way that someone brave enough have to venture inside the creepy castle.

To discover the truth about the castle you have to solve down the every complicated puzzle which came in your way. Also in The eyes of Ara 3D puzzle game you can chose your own way of discovering lost treasures, uncovering secret vaults, rooms, passageways as well as search about the castle’s history and about its previous occupiers. The puzzles which you will have to solve are difficult enough that they can keep you busy for hours.

When you start to explore the award-wining 3d environment of the Eyes of Ara 3D Puzzle Game. You will have the ultimate experience of fully customizable detailed world. The tasks of the game seems challenging and interesting but not impossible at the same time. Because of which user got encouraged to solve them rather than to get frustrated and quitting. Design of this game is optimized which ensures the best possible performance and results in less usage of battery.

Easy to Use Interface

In eyes of Ara 3D puzzle game the interface is very sleek, clean and pretty straight forward. So if a new person is playing this game. He or she can learn it really quickly and easily. Because of the tactical touch controls you will have a natural feel while roaming the castle and solving the puzzles. Also if you want you can hide all of these controls and interface completely from the screen with just one tap.

You can unlock tons of achievements by completing the given tasks. With that also you progress in the game increase. Scraps of information and visual details will help you to piece together complicated tasks. Eyes of Ara 3D puzzle game also support multiple languages like, English, French, Italian, German, Spanish, Russian, Brazilian-Portuguese, Simplified Chinese, Japanese, and Korean.

The Eyes of Ara - Google Play 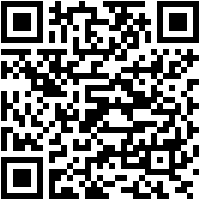 That means people from different parts of world can easily and completely understand the story line of the game.  You can download Eyes of Ara 3D puzzle game from Google Play Store.