Stremio is a video streaming aggregator which provides you the ability to organize as well as watch your favorite video content from different services including series, movies, live TV and video channels on your Samsung Galaxy S10 Plus. Stremio has an add-on system which aggregate’s the content to provide streams from different services like HBO, YouTube, Twitch, Netflix, iTunes and many more.

If you watch a lot of movies and TV shows, then stremio is a very reliable and must have app for you. Stremio plays movies directly from the magnet link. The interface of stremio is so awesome that it just feels like you are using a desktop version. Now you can watch all the movies and TV show with more convenience on your smart phone.

Features of Stremio App for Android Samsung Galaxy S10 Plus

Stremio is like a one stop hub for video aggregation. It provides you a lot of powerful features and functions which you will not find any other alternative.  Some of the main features which you will get in Stremio app are: Discover, organize and watch video from all kind of sources on any device that you own. Movies, TV shows, series, live television or web channels like YouTube and Twitch.tv, you can find all this on Stremio.

One of the best things about stremio is it’s easy to use and amazing interface. If you want to find a specific content just add the tittle in your Stremio library with just a single click and that’s it. Your desired content will appear on the screen in a very neatly arranged by type, regency, or alphabetical order. This is the most convenient and comfortable way to find your content you can wish for.

You Can Keep Track of Everything You Watch

Stremio app brings you the feature of calendar visualization. By using this feature it will keep track of all the movies TV shows, series you have added to the video library. When you export your Stremio calendar and sync it. Then Stremio will always notify you whenever a new episode came or a premier is due. If you ask us the best thing about Stremio, it will be this feature of calendar visualization.

Stremio gives you the ability to see which movies, series or videos you didn’t have finished, so you can continue watching from where you have left. You will also get notified for new episodes and releases whenever they are available. Another amazing feature which you all going to love is when you start browsing through recommendations, Stremio will always provide you the recommendations based on your viewing habits. So it will be easier for you to find the content according to your taste and desire. 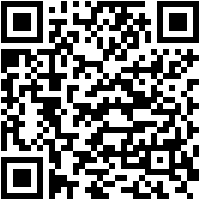 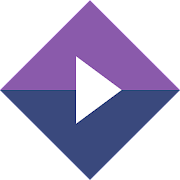 The support for Stremio app is amazing. This app is totally bugs free however If you got any issues with it you can directly report to developers and they will for sure respond to your query as soon as possible.