In this era of digital advancements, coding is everywhere. You cannot name a single department where coding aka programming is not involved. Everything that “just works” today has a special kind of code behind it that makes it run and that is why your kids need to learn that.

If you are worried that your kid’s school don’t have the ability to teach them code or you don’t possess coding chops, throw out those worries because we have got you covered. If you want to make your kid learn to code effortlessly, you have come to the right place. Read on to know what we are talking about.

Robotizen is the excellent app that will help your kid learn all the basics of coding and programming, with some interesting ideas like an interesting story. The app hosts the basic purpose of making your kids think and plan in order to make things happen. In addition to that, the app would help kids to improve their problem solving, logical thinking and creativity.

Not only this, the app has packed a ton of other interesting features that will make your kids fall in love with the app. These features include:

So we know you don’t know much about the programming and coding thingy but the app has everything that will make your kid learn everything starting from the basic and key concepts of programming such as loop, event, command, condition, sequence etc. Not only this, the kids will master the core computer science concepts such as pattern recognition, problem-solving, sequencing, algorithmic thinking, debugging, loops and conditionals.

We never knew to learn to code was that fun before Robotizen. The app has got a really interesting yet fun story that will make your kid glued to the screen of the smartphone for hours. Your kid will have a robot that with every positive solution becomes stronger and have to fight against the mad doctor. This will not only make the kids think but also allows them to empower their decision-making skills.

The game also features the 100+ adventurous levels allowing the kids to maintain interest and learn everything that they cannot learn in the real world. It’s a puzzle and action game where you teach a robot how to move and perform the task. Interesting, isn’t it? 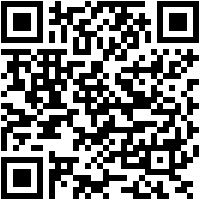 So what are you waiting for? Get this game downloaded and make your kids pro at programming.