Though smartwatches haven’t got that much progression in technological terms, but still, we have best smartwatches out there to use. I am talking about the Samsung Gear S3 Frontier and S3 Classic that owns by the leading Android developer all across the Globe – Samsung. It makes uses of its own proprietary software, Tizen for Gear Smartwatches. Make sure to check out List of Top 5 Best Smart Watches for Galaxy S10+.

What else these Gear smartwatches by Samsung hold? Read on to know. 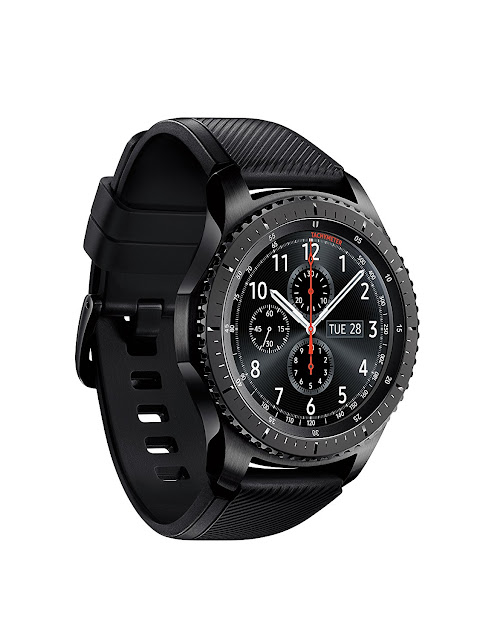 The Gear S3 Frontier has now become one of the most worn Android wearable because of the number of reasons. The major reason for its popularity might be its looks, style and capability, that no wearable has overpower yet. However, its rugged LTE connectivity and its specs can be another reason for its fame out there.

Let us take a ride to what the Gear S3 Frontier possesses:

As the developers boasts, the Gear S3 Frontier is just made right for the elements. The company claims this smartwatch to be tough enough to handle all the roughness of elements including water, dust, extreme temperatures and also occasional drops, so that you can venture out with full-fledged confidence.

Display is another plus for the Frontier that offers 1.3” wide screen with full color display in 360 x 360 pixel resolution, that makes roomier interface and easy to navigate. Moreover, its 768 MB of RAM also allow the screen to display time, in up to 16 million colors, even when the screen is “off”.

Another amazing feature that you cannot get in Apple’s wearables is a compatibility with Android devices. But this Gear S3 Frontier provides you full room to connect with both Android and iOS smartphones via Bluetooth.

4: Other Features at Glance 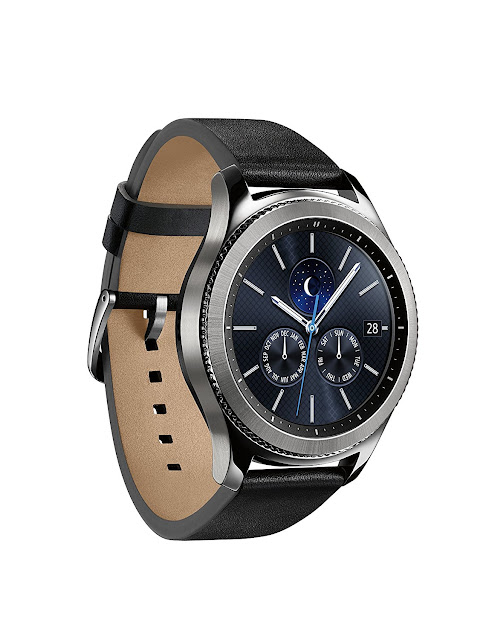 Samsung Gear S3 Classic is both – the smartwatch and smart looking watch too. It is the predecessor to the S3 Frontier and has a display somewhat resembling to its sibling. This smartwatch has a round display with the funky rotating bezel offering multiple features including:

Its simple interface is all what you might be looking for. This user friendly interface allows the users to perform each and every function smoothly and without any hassle. Moreover, its rugged silicon strap and sportier design of its own make it worth trying and wearing.

Just like the one I reviewed earlier, S3 Classic is also made to tolerate all the elements including water, dust, drops and extreme temperature as it offers IP68 tough screen. Even if you are an outdoor person, S3 Classic would be by your side always.

The Gear S3 Classic owns the gorgeous 1.3” circular OLED Display screen that goes along with the S3 background in 360 x 360 pixel resolution. Moreover, its ambient mode shows the time and the updates. While it’s brightened screen is bright enough to let you read all the notifications and time, even in the sunny afternoons.

4: Other Features at Glance

Both these Samsung’s Gear Smartwatch versions are impressive evolution to wearable offerings for the active crowd. Although these wearables are not even near to the futuristic Apple’s smartwatches, however, Samsung has made a huge leap for all the tech lovers. Tough not best, but these are far better options for all the tech nerds out there.

Love the reviews for Gear S3 Classic and Gear S3 Frontier? Let us know in your valuable comments below!