Bygone are the days when we used to sit in front of the television to watch our favorite cartoons. The times have changed now and living in an era of the internet, the way we used to watch cartoons have also changed. Children and kids have gained their interest in watching cartoons over the internet on the mobile phones and that is the reason why several cartoon streaming apps are available in the Play Store.

The app that we are going to introduce is not only the cartoon streaming app, but it is everything that you need to keep your children busy and entertained. We are talking about the Nick App that brings Nickelodeon to your fingertips allowing you and your children to watch hilarious videos, play amazing games and watch full episodes of your favorite cartoons.

Not only this, the app brings about tons of amazing other features for you and your angel including:

Whether your toddler love to watch SpongeBob SquarePants or Hunter Street, The Adventures of Kid Danger or Henry Danger, Nick App is the best thing you can have that will allow your kid to watch every single episode of his fav TV show. You can also get the recent episodes of the shows right after the premiere on TV. Oh did we forget ALVIN and the Chipmunks?

Not only the Nick app allows you to watch the full TV show on your smartphone but also it lets you play super interesting games with your kids effortlessly. The app comes with some really amazing games including Super Brawl World, Basketball Stars 2, Block Party 3, Destruction Truck Derby and many others. So be prepared to be entertained for hours by getting this Nick app on your Samsung Galaxy Devices.

Want to entertain your kid without any effort? Nick app has got you covered with its tons of hilarious videos. These videos feature your fav Nick characters and stars that will make you laugh. We bet you will! 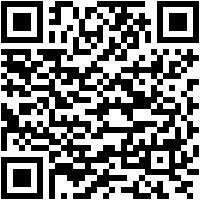 Not only this, the app comes with hilarious surprising surprises for you and your little one. So what are you waiting for? Get this amazing all-in-one entertaining app downloaded on your Samsung Galaxy devices and be prepared to get entertained for hours.