If you are a fan of sports and want something out of your league, Mega Punch Boxing Game is all you need. Although boxing is the oldest and the most interesting sport that is filled with action and excitement. Among the sports gaming niche, cricket, football, and basketball have got a ton of fan following but this new addition to the mobile sports gaming niche is also worth giving a shot.

Mega Punch Boxing Game for Samsung Galaxy S10 Plus and other Android devices is an interesting game that comes with the goal of bringing excitement and fun to your way. Want to know what this game is all about and what does it bring to the table? Scroll down to know.

Mega Punch, as the name implies, is an easy to play a boxing game that will bring action and excitement to your life. The game is turn based and will present you with different opponents to chase each match. In addition to that, the game also offers a ton of features that you will love to discover.

2. Test Your Speed and Patience

With the amazing game physics and beautifully crafted physics, Mega Punch boxing game will allow you to test your patience and speed. The game will let you conquer the opponents on the boxing stage while showing your enemy, who the real boss is.

Always wanted to become the ultimate boxer? Mega Punch game will let you pursue your dream by letting you fight like a real boxer. You will stand in the ring like a real boxer and fight in real-time. You have to give your best to beat your opponent with the ultimate attacks including – punches, dodge attacks and uppercuts.

The best part about the game is that it doesn’t come with single, boring gameplay. As the game proceeds, you will be equipped with the ability to unlock more clubs and recruit stronger fighters in order to become the ultimate boxer of all. 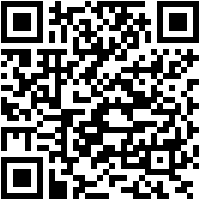 In addition to that, the game also features an amazing display and soundtrack that will make you feel like you are playing it in real. Beat your opponent with your fists in order to conquer the stage. Be the champion and the ultimate boxer by downloading it on your Samsung Galaxy S10 Plus and other Android devices.