Iron Force 2 is an online multiplayer tank battle game which is currently being played by millions of users worldwide. You can squad up against real players from around the globe in an all-out thrilling action packed match. This game is a stunning sequel of Iron Force 1. In Iron Force 2 players can control an arsenal of tanks and battle against their opponents in the most fun way.

Iron Force 2 is the best accessible tank warfare game available for your smart phone Samsung Galaxy S10 Plus. The great thing about this game is that you are not fighting against bots but the real players like you instead. That is where Iron Force 2 gave you the touch realism. Which is also one of the many reasons that this game amazingly became so popular in really shorter period of time.

Lead Your Squad in the Battle Towards Victory

In Iron Force 2 you have to complete certain tasks, missions and objectives with you team mates. You can execute strategies to win the game on the battlefield by working out together as squad. When you win or complete an objective by destroying your enemy, you will get rewarded. Also you will move up to the league ladder and you will get access to better and bigger hardware.

You can Dominate the Opponent

Iron Force 2 is the game where you encounter rivals with similar rankings and skills for balanced matchups and more chances to rule the battlefield. You can choose your role based on your team strategy and take down opposing squads in quick, real-time, winner take all tank combat manner as well. Iron Force 2 gives you the ability to form teams with friends and players around the world in online, five VS five PvP style.

Iron Force 2 lets you experience the excitement of real-time combat as you control your team’s fleet of powerful tanks and defy opposing squads with guns booming on three immersive maps including Havana, Italy Town, and the Freight Yard. No matter when you play Iron Force 2. You can always Jump into the fight with just one tap and go to war, with intuitive arcade gameplay and pick up and play controls.

Iron Force 2 is loaded with amazing graphics and many great features and functions. That is why this game is considered as one of the most addictive games of smart phones. Below are some rules and requirement you must need to fulfil and follow if you want to enjoy the actions packed game Iron Force 2 to its Fullest. 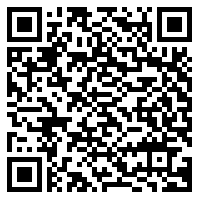 You can play Iron Force 2 with your best buddy or your family members to spend an awesome time with them. Iron Force 2 is completely spam or virus free however, this game is still under development and it is not fully completed yet. Because of that players could have to face slight instability during some rare situations in the gameplay.