This Android App is specifically designed for those game developers who want to test their game’s performance like graphics and benchmarks at different settings. Gamers GLTool Pro is a very useful Android App for the professionals. It does also includes Turbo and Tuner options. With the help of this App you can tweak the configurations of your game graphics easily on your Samsung Galaxy S10 & Note 10 Plus. For the convenience of user’s auto gaming mode of this awesome App configures all the setting of game tuner and game turbo automatically.

Gamers GLTool Pro App offers tons of features and amazing functions. This Android App is developed by Trilokia Inc, the same developers who have developed the PUB Gfx+ Tool App in the past.

The option of Ping Booster in Gamers GLTool Pro Android App gives you the ability to optimize your ping by speeding. You can also search and find the ping speed in real time by performing the Ping speed test. This becomes very handy when you got stuck with the horrible ping, which ultimately results in effecting your work flow and slowing you down. Hundreds of people have downloaded Gamers GLTool Pro Android App already and these numbers are growing really fast.

In Gamers GLTool Pro Android App the Game Turbo option drastically improves gaming performance on your Samsung Galaxy S10 Plus by boosting up the CPU and GPU. It also boosts up Ram of the device and SD card as well, which ultimately helps the game to run a lot smoother. Also the System Performance Tuner monitors the system performance, check’s for system stability and fixes various issue.

Now with Gamers GLTool Pro App you can apply the graphics settings of high end devices like Samsung Galaxy S10 Plus, Google Pixel 3, OnePlus 7 pro, Poco, Note 9, Razer, Xperia XZ3, Moto Z2, OppoF9, Vivo NEX etc. On your device, simply look for your favorite settings and import it. This is it, Gamers GLTool Pro Android App has really makes it that simple. You can now get the full performance with the easiest way possible.

The Game Tuner feature has long list of options, so we have mentioned some of them below for you. Such as

– 1080 Resolution: Change the resolution of the game. 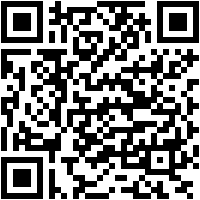 This Android App for your Samsung Galaxy S10 Plus is simple to use but extremely helpful. The interface is very user friendly, that even a first timer can work like a Pro. With features like quick launch, smart widget and ability to change gaming settings, Gamers GLTool Pro Android Application completely outcasts any other App form the same category. You cannot get this much features anywhere else. Just press the download button below to get Gamers GLTool Pro Android App right now.