Racing games are one of the most popular niches in mobile gaming. Well, not only these are the first games to justify the lack of physical buttons on the smartphone screens, but also there are millions of fans of android car racing games out there. Also, check out Best Android Games for Samsung Phones on our website.

For those car racing enthusiasts out there, we have got something that will satisfy your car racing game need on your Android Samsung phones. Ride along and you will love it.

If you are tired of playing those simple car racing games and want something crazy, it is the time to ditch them with some adventure- packed race that will allow you to test your driving skills in real –time. The CarX Highway Racing HD game is exactly the one that your adrenaline junkie hidden inside you craves for. The game is online racing that involves realistic full-car physics for the first time on the mobile. So, watch your road and rush along.

Along with the best features, the CarX Highway Racing HD Game comes with the excellent graphics, with water and motion blur effects, that gives the game with the good sense of speed. As a matter of fact, racing games should have the best graphics so that the users can take their racing experience to the next level. And CarX Highway Racing game offers this feature at its best.

Another best thing that CarX Highway Racing HD game offers to its players is the stream of cars to choose from with the various customization options. Ride on your favorite latest car model to outrun your rivals and to win the race.

To keep the action going on, the CarX Highway Racing Game offers a number of custom missions and challenging race jobs for the players. This will not only enhance the sense of competition among the gamers but also plunge you into the world of high-speed roads.

CarX Highway Racing HD Game also offers the several game modes to choose from. Ranging from the day mode to night mode, the racing mode to arcade mode, this game offers every mode that will enhance your racing experience.

5: Interesting Tracks to Race On

With the different latest car models, the game also features limitless tracks and roads to race on and to beat the rivals. The tracks are highly realistic and offer a great competitive racing environment for your next level gaming experience. 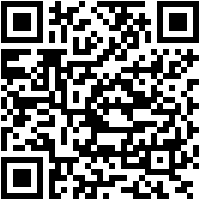 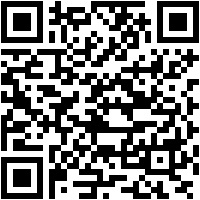 So, step on the roads, speed up your car to maximum and rush along. Escape from the police pursuit, avoid the obstacles and hindrances coming your way and unlock new locations and missions on your win to keep the action flowing. Get the game on your Samsung Android Phones and become the ultimate racer.