With more and more advancements in the smartphones, the more energy is needed to power the advancements for the better utility. And the natural power that is given to the smartphones is in the form of battery. Speaking of advancements, high tech features like Always On Display (AOD) in Samsung Galaxy Devices, bigger screens, and battery draining gaming and other apps.

These all high technological features come at the cost of the battery and this leads to the mere advancements in the smartphones’ batteries as well, that is probably the much needed feature on today’s smartphones.

With the battery being the main focus of this post, have we mentioned the app called Battery Meter Overlay for Samsung Galaxy S7 Edge and S8 Plus?

As the name implies, this application has to do something with the battery. As a matter of fact, Battery Meter Overlay is a crucial application for all the Samsung Galaxy S7 Edge and S8 Plus users that displays a battery meter on the status bar in the form of a notch. The notch is pretty clean and simple, that looks like the one is featured on the Essential Phone, although, that is not the sole purpose of the app. The app can do a lot, quite neat and simple!

So, if you want to get more of your Samsung Galaxy S7 Edge and S8 Plus, you need to check out the features included in Battery Meter Overlay App.

The most important feature for all the apps is the user interface, that can enhance or ruin your whole smartphone experience, at the same time. So, as far as the user interface for the Battery Meter Overlay is concerned, we are quite impressed with it. The app simply blends well with the phone’s user interface and as mentioned earlier, it does not look like a separate app thing, but the phone’s built-in feature. No nonsense and non-intrusive, Battery Meter Overlay offers neat and simply the best interface.

2: Lots of Themes to Choose From

Another best feature that makes Battery Meter Overlay the best app on the Play Store is that it offers tons of customization options to the users. Among the customization options, the first one that got our mind is its lots of themes to choose from. You can choose from various notch themes from the settings, according to your own needs and requirements.

3: You Can Specify the Color As Well

Apart from choosing the notch theme of your own choice, you can also specify the colors of the indicator for certain percentages. Like if the battery of your phone is critically low, you can select the RED color, to make it more obvious.

Not only this, you can also upgrade to its Pro Mode so that you can get access to the amazing additional features of the app including no ads, auto hide notch on the full screen, manual adjustment of the meter and many other customization options. 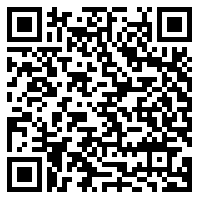 So, get your Battery Meter Overlay on your Samsung Galaxy S7 Edge and S8 Plus for the ultimate user experience.